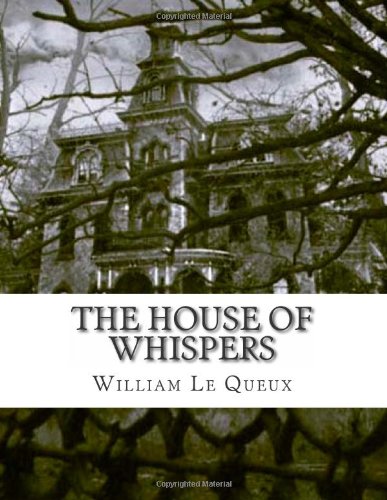 The House of Whispers
by William le Queux

Description:
A remarkable mystery story in which valuables disappear from locked safes; written and whispered warnings come out of nowhere and a murder is committed behind locked doors -- all in a modern New York apartment. Full of arresting situations and making a strong appeal at every stage to the instinct of curiosity.

Conspire
by Victoria Rollison - Smashwords
Rookie journalist Alex North usually dismisses conspiracy theories. Soon she finds herself at the heart of what seems to be the mother of all conspiracies. Not only must she prevent a false flag nuclear attack, but also expose who is behind a plot.
(5742 views)

Sudden Death
by Michael Balkind - Smashwords
Reid Clark, a pro golfer, receives a death threat right before teeing off on the final day of the Master's Tournament. Suspense builds throughout as Reid tries to compete in one of golfs most prestigious events and woo the woman he loves.
(5972 views)

Not Exactly Innocent
by Kathryn Judson - Smashwords
Triple-O Five and his bride are pulled back into action sooner than planned, when a mad Viking wannabe hires ethically-challenged bioweapons experts and a missile scientist who has gone rogue, in a bid to take over as much of the world as possible...
(5014 views)

The Gold Comfit Box
by Valentine Williams - ManyBooks
About a dozen dead and injured had been extracted from the wreck, but they had no names as yet. I called the railway station and the ministry of Railways with no better result. There was nothing for it -- it would have to be a car.
(7694 views)