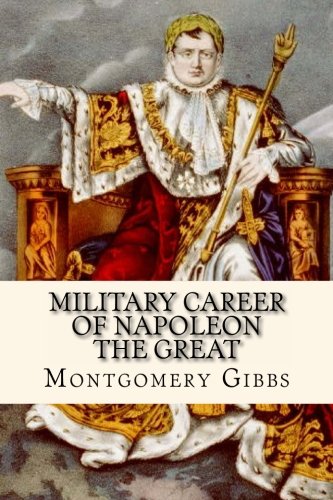 Military Career of Napoleon the Great
by Montgomery B. Gibbs

Description:
There has never been a time when the public was not eager to learn something new concerning the wonderful career of the man who once held all Europe prisoner in the folds of the French flag. The world regards Napoleon Bonaparte as a military genius at least, whatever it may think of the political or social side of his life, and its relation to France.

The Great Adventure
by Barry Allan - Smashwords
From Footscray in Melbourne to Flanders on the Western Front, the true story of three brothers George, Joe and Dave, who served in the AIF during World War One. They all had life changing experiences but not all of those were caused by the war.
(8458 views)

The Captives
by James L. Cathcart, Jane B. Cathcart - Herald Print
This journal was commenced one hundred and twelve years ago by a youth of seventeen years of age, who had been taken prisoner by the British, and carried into New York with most of the prisoners, on board first the Good Hope and then on the old...
(9778 views)

The Story of General Pershing
by Everett Titsworth Tomlinson - ManyBooks
John Joseph Pershing was a general officer in the U.S. Army who led the American Expeditionary Forces in World War I. He is the only person to be promoted in his own lifetime to the highest rank in the United States Army - General of the Armies.
(8601 views)

War's Dark Frame
by Wadsworth Camp - Dodd, Mead and company
Abruptly we realized that war for the individual has the quality of a perpetual tragic disaster. Later, in the cities of Europe, in the devastated districts, in the towns under bombardment, in the front line trenches, that truth was forced upon me.
(8331 views)