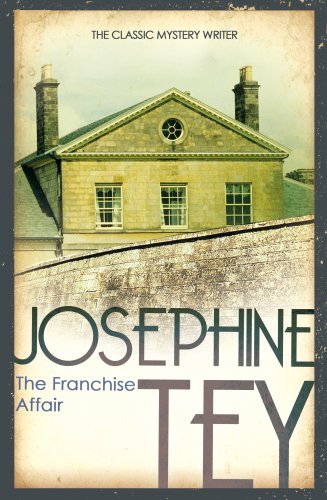 The Franchise Affair
by Josephine Tey

Description:
Marion Sharpe and her mother seem an unlikely duo to be found on the wrong side of the law. Quiet and ordinary, they have led a peaceful and unremarkable life at their country home, The Franchise. Unremarkable that is, until the police turn up with a demure young woman on their doorstep. Not only does Betty Kane accuse them of kidnap and abuse, she can back up her claim with a detailed description of the attic room in which she was kept, right down to the crack in its round window.

The Daughter of Time
by Josephine Tey - Peter Davies
Tey's classic novel about Richard III, the hunchback king, whose skeleton was discovered in a council carpark. This novel investigates his role in the death of his nephews, the princes in the Tower, and his own death at the Battle of Bosworth.
(2191 views)