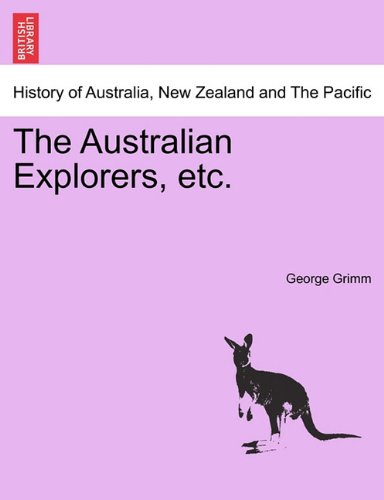 The Australian Explorers
by George Grimm

Description:
The story of the exploration of Australia is one which we cannot willingly let die. There are many reasons for keeping alive the remembrance of such heroic deeds. It is due to the memory of those men who took their lives in their hands, and, in many cases, laid their bones in the desert; it is an act of gratitude on our part, who have entered on their labours; and it is a kind of information indispensable to every Australian who desires to know the history of his country.

The Great White North: The Story of Polar Exploration
by Helen S. Wright - The Macmillan co.
The material for this book has been gathered from the rich storehouse of Arctic Literature. I bring to the reader's mind a record of brilliant deeds that go to make the history of the far North, and let the explorers themselves tell the story ...
(3822 views)

Vitus Bering: the Discoverer of Bering Strait
by Peter Lauridsen - S. C. Griggs & Co.
Vitus Bering (1681-1741) was a Danish-born Russian navigator. Published in English translation for the American market in 1889, this sympathetic biography by the historian and geographer Peter Lauridsen, had originally appeared in Danish in 1885.
(6498 views)

Discovery of the North Pole
by J. Martin Miller - J. T. Moss
An interesting discussion of the race to the North Pole by Peary and Cook, and the subsequent debate of who got there first. Also contains a good history of previous attempts to reach the Pole and the perils of polar exploration.
(4540 views)