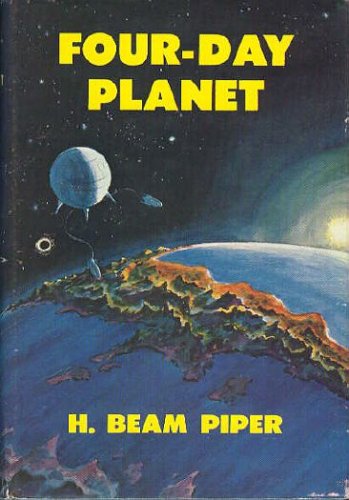 Description:
Dangerous beasts, impossible weather, and political intrigue on the planet Fenris, a backwater planet with days that last a quarter of a year. All kind of unusual astronomical environments, correct technology and a good adventure/detective story makes good reading.

Blindsight
by Peter Watts - Tor Books
In this stimulating hard SF novel, the author explores the nature of consciousness. The book combines riveting action with a fascinating alien environment. In the late 21st century something alien is discovered beyond the edge of the solar system.
(12080 views)

Ye of Little Faith
by Roger Phillips Graham - Project Gutenberg
The disappearance of John Henderson was most spectacular. It occurred while he was at the blackboard working an example in integration for his ten o'clock class. The incompleted problem remained on the board while the police worked on the case.
(5163 views)

Passengers to Zeta Nine
by Peter Salisbury - Smashwords
The second of Peter Salisbury's Passenger novels. The electronic mind patterns and DNA records of Raife Harris and Doctor Nancy Zing have travelled amongst the stars for one hundred and twenty years. They will be the first humans to see Zeta Nine.
(3802 views)

Which Art in Hope
by Francis Porretto - Smashwords
A great sci-fi novel with a strong dose of science. When the Federation fled Earth they had only the slimmest chance of finding a habitable world. 544 years later they found one; they named it Hope. However, Hope isn't what it seemed.
(5935 views)