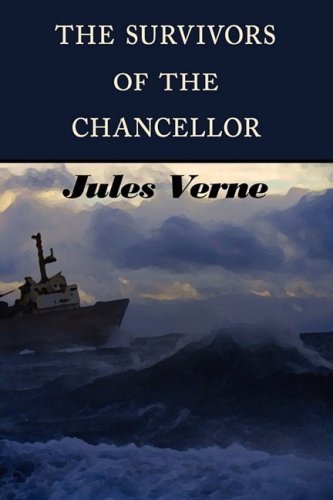 The Survivors of the Chancellor
by Jules Verne

Description:
Mr. Kazallon thought that booking passage on a cargo ship from Charleston to Liverpool would be a charming way to return to his English homeland. If only he knew! A crazed sea captain, a disaster in the hold, storms, oppressive heat, sharks and starvation are just some of the many travails that will beset both passengers and crew. Will any of them survive the wreck of the Chancellor?

Eight Hundred Leagues on the Amazon
by Jules Verne - Pierre-Jules Hetzel
Joam Garral, a ranch owner who lives near the Peruvian-Brazilian border on the Amazon River, is forced to travel down-stream when his past catches up with him. Many aspects of the raft, scenery, and journey are described in detail.
(10434 views)

Michael Strogoff, Or The Courier Of The Czar
by Jules Verne - Project Gutenberg
Considered one of Verne's best books by critics. Unlike some of Verne's other famous novels, it is not science fiction, but a scientific phenomenon is a plot device. The book has been adapted several times for films and cartoon series.
(6569 views)

A Winter Amid the Ice
by Jules Verne - The World Publishing House
Jean Cornbutte decides to refit a ship and find his son Louis and members of the crew when the ship Jeune-Hardie doesn't return from sea. When the ship is found the only thing to do is survive the bitter cold and the rivalry...
(4519 views)