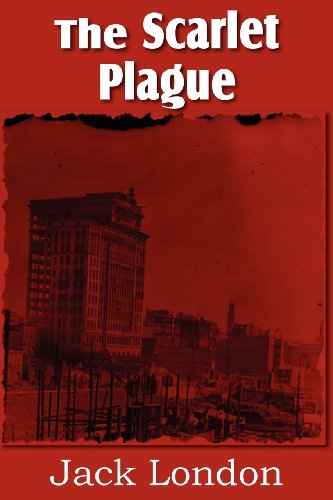 The Scarlet Plague
by Jack London

Description:
The Scarlet Plague is a futuristic novel by Jack London, set in San Francisco after an epidemic, the Red Death, has ravaged the planet. The main character, James Howard Smith, sees the diminished society and attempts to impart his knowledge to his grandsons, in order that they may restart a civilization. This book is an early post-apocalyptic novel, and will entrance not just science fiction aficionados but all readers alike.

Before Adam
by Jack London - Feedbooks
Jack London recreates the dawn of humanity, depicting the prehistoric world as a place of conflict where the fittest survive. The narrator is faced with the strange truth that his consciousness is entwined with that of his mid-Pleistocene ancestor.
(5715 views)

White Fang
by Jack London - Project Gutenberg
This book is Jack London's adventure masterpiece, it is not only a vivid account of the Klondike gold rush and North American Indian life, but it is also an intriguing study of the effects different environments have on an individual.
(9054 views)

The People of the Abyss
by Jack London - Classic Reader
A book by Jack London about life in the East End of London in 1902. He wrote this first-hand account by living in the East End (including the Whitechapel District) for several months, sometimes staying in workhouses or sleeping on the streets.
(10296 views)

John Barleycorn
by Jack London - Classic Reader
One of the most entertaining books ever penned by a man. Richly anecdotal and beautifully written, John Barleycorn stands as the earliest treatment of alcohol in American literature, an intensely moving document of one of America's finest writers.
(6353 views)