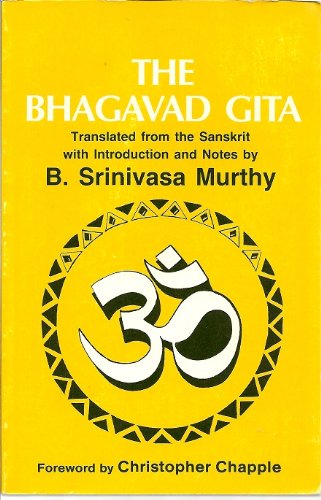 The Bhagavad Gita
by B. Srinivasa Murthy (tr.)

Description:
The Bhagavad Gita, the ancient gospel of Hinduism, has been given a refreshing contemporary translation by B. Srinivasa Murthy, Ph.D. Murthy's translation, direct from the Sanskrit, is vivid and easily understood, while remaining true to the spirit of the original text. The book's lucid introduction explains the basic structure of Hindu philosophy and portrays the historical background of the Gita.

Orissa under the Bhauma Kings
by Pandit Binayak Misra - Vishwamitra Press
This monograph discusses the problems connected with the Bhauma family. For easy comprehension of the subject the book gives the texts and translations of almost all the published Bhauma records and a large number of inscriptions.
(16217 views)

Vedic Mathematics
by W. B. Kandasamy, F. Smarandache - Automaton
In traditional Hinduism, the Vedas are considered divine in origin and are assumed to be revelations from God. In this book the authors probe into Vedic Mathematics and explore if it is really Vedic in origin or Mathematics in content.
(15056 views)

Maha-bharata: The Epic of Ancient India
by Romesh C. Dutt - Dent
Mahabharata relates to a great war in which all the warlike races of Northern India took a share, and may be compared to the Iliad. The vast mass of legends and poetry, accumulated during centuries, was cast in a narrative called the Maha-bharata.
(19272 views)

Kabir And The Kabir Panth
by G.H Westcott - Hesperides Press
Of all the great Hindu reformers, Kabir have had the greatest influence among the uneducated classes of Northern and Central India. He was described as the Indian Luther. The number of those who are under the influence of Kabir is great.
(17064 views)