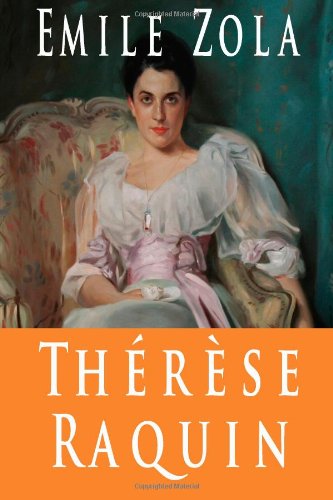 Description:
In a dingy apartment on the Passage du Pont-Neuf in Paris, Thérèse Raquin is trapped in a loveless marriage to her sickly cousin, Camille. The numbing tedium of her life is suddenly shattered when she embarks on a turbulent affair with her husband’s earthy friend Laurent, but their animal passion for each other soon compels the lovers to commit a crime that will haunt them forever.

The Fat and the Thin
by Emile Zola - eBooks@Adelaide
This is a study of the teeming life which surrounds the great central markets of Paris. It embraces a powerful allegory, the prose song of the eternal battle between the lean and the fat -- a battle in which the latter always come off successful.
(4188 views)

The Soil
by Emile Zola - Vizetelly
The Soil, around which a great controversy has raged, is a novel which treats of the conditions of life in France before the war with Prussia, and the downfall of the Second Empire. It is, in some respects, the most powerful of all Zola's novels.
(5428 views)

Nana
by Emile Zola - Project Gutenberg
This novel, first published in 1880, tells the story of ruthless protagonist Nana's rise from the gutter to the height of Parisian society. The book's heavy allusion to sexual favors caused it to be denounced as pornography upon publication.
(9851 views)