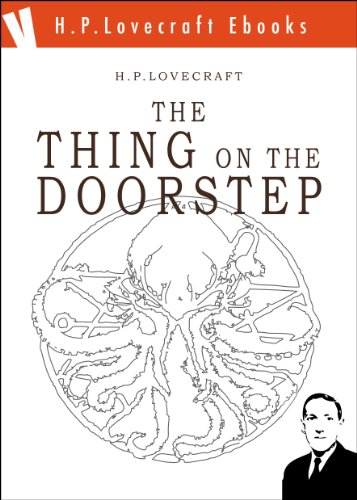 The Thing on the Doorstep
by H.P. Lovecraft

Description:
'The Thing on the Doorstep', first published in 1937, is a short story written by H. P. Lovecraft and it is s part of the 'Cthulhu uMythos' universe. The story takes some of the concepts of possession from Charles Dexter Ward and goes in another direction with them. This tale ranks high in Lovecraft's output.

The Outsider
by H. P. Lovecraft - Weird Tales
A short story about a mysterious individual who awakens to find himself completely alone and what happens when he attempts to make contact with others. The story combines fantasy and horror into an atmospheric, surrealistic, and nightmarish tale.
(6090 views)

The Whisperer in Darkness
by H.P. Lovecraft
A university professor is contacted by a farmer living in a remote part of Vermont, who claims to have evidence of aliens living in the hills. After visiting, the professor becomes alarmed at the mysterious change in the behavior of the farmer...
(3945 views)

The Call of Cthulhu
by H.P. Lovecraft - ManyBooks
The tale of a horrifying underwater monster coming to life and threatening mankind is H.P. Lovecraft's famous and most widely popular tale, spawning an entire mythology, with the power to strike terror into the hearts of even the Great Old Ones.
(5922 views)

At the Mountains of Madness
by H.P. Lovecraft - ManyBooks
On an expedition to Antarctica, Professor Dyer and his colleagues discover the remains of ancient life-forms. Through a series of dark revelations, violent episodes, and misunderstandings, the group learns of Earth's secret history and legacy.
(5389 views)