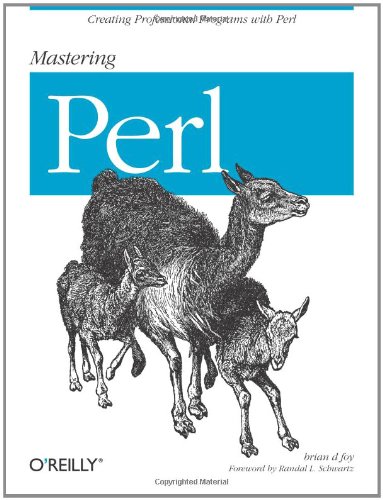 Description:
This is the third in O'Reilly's series of landmark Perl tutorials. Mastering Perl pulls everything together to show you how to bend Perl to your will. It conveys Perl's special models and programming idioms. This book isn't a collection of clever tricks, but a way of thinking about Perl programming so you can integrate the real-life problems of debugging, maintenance, configuration, and other tasks you encounter as a working programmer.

Practical mod_perl
by Eric Cholet, Stas Bekman - O'Reilly
mod_perl is an Apache module that builds the Perl directly into the Apache web server. With mod_perl CGI scripts run 50 times faster, you can integrate databases with the server. The book is about building, using, programming, and optimizing mod_perl.
(12148 views)

Exploring Programming Language Architecture in Perl
by Bill Hails
This book presents an informal and friendly introduction to some of the core ideas in modern computer science, using the programming language Perl as its vehicle. The book takes the form of a series of working interpreters for the language PScheme.
(12808 views)

Learning Perl the Hard Way
by Allen B. Downey - Green Tea Press
The book for people who already know how to program in another language, but don't know Perl. It gets through the basics as quickly as possible, the emphasis is on good programming style in Perl. Object-oriented programming is the center of focus.
(19306 views)