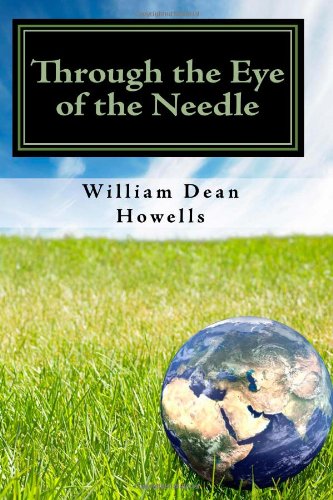 Through the Eye of the Needle
by William Dean Howells

Description:
Utopian Classic! Aristides Homos, Howells's Altrurian protagonist, writes a series of letters home to his friend Cyril. Homos is now located in the densely urban environment of NY, where he confronts the contrasts between America and his own pastoral and agrarian Utopianism in their most extreme forms.

You Can't Go Home Again
by Thomas Wolfe - Harper & Brothers
A twentieth-century classic, Wolfe's magnificent novel is both the story of a young writer longing to make his mark upon the world and a sweeping portrait of America and Europe from the Great Depression through the years leading up to World War II.
(8891 views)

Juggernaut
by George Cary Eggleston, Dolores Marboug - Fords, Howard & Hulbert
Edgar Braine was never so blithe in all his life as on the morning of his suicide. Years after, in the swirl of his extraordinary career, the memory of that June morning, and of the mood in which he greeted it, would rush upon him as a flood.
(7945 views)

A Sicilian Romance
by Ann Radcliffe - Longman
On the northern shores of Sicily stands a lonely castle, the home of an aristocratic family. The marquis of Mazzini has remarried and gone away to live with his new wife, abandoning his two daughters to wander the labyrinthine corridors alone.
(6121 views)