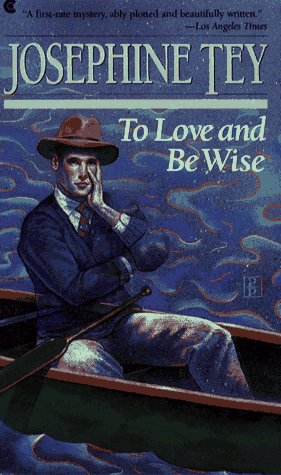 To Love and Be Wise
by Josephine Tey

Description:
It was rumoured that Hollywood stars would go to any lengths for the privilege of being photographed by the good-looking, brilliantly talented and ultra-fashionable portrait photographer Leslie Searle. But what was such a gifted creature doing in such an English village backwater as Salcott St Mary? And why -- and how -- did he disappear? If a crime had been committed, was it murder...fraud...or simply some macabre practical joke?

The Daughter of Time
by Josephine Tey - Peter Davies
Tey's classic novel about Richard III, the hunchback king, whose skeleton was discovered in a council carpark. This novel investigates his role in the death of his nephews, the princes in the Tower, and his own death at the Battle of Bosworth.
(2191 views)

The Franchise Affair
by Josephine Tey - Macmillan
Marion Sharpe and her mother seem an unlikely duo to be found on the wrong side of the law ... until the police turn up with a demure young woman on their doorstep accusing them of kidnap and abuse. She can back up her claim ...
(4593 views)