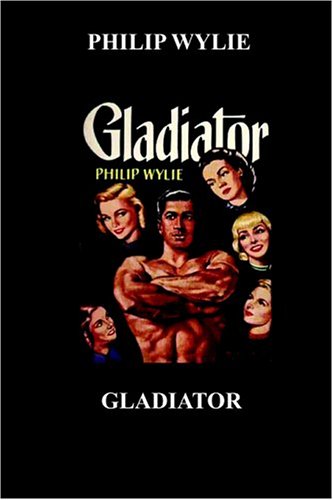 Description:
Gladiator is a brave novel that unflinchingly portrays people at their ugliest and pettiest, all the while reflecting on the better worlds that could be were it not for humanity's relentless failings. The novel partially inspired the comic-book character Superman.

The Coming Race
by Edward Bulwer-Lytton - ManyBooks
An English man finds himself suddenly trapped in a subterranean world inhabited by an ancient race of advanced beings. The story describes a near future world characterized by female dominance, physical perfection, and vast technological progress.
(6337 views)

Thicker Than Blood
by M. A. Newhall - Lulu.com
The flip of a switch gives Joe superhuman abilities. He discovers his new powers after his aunt saves his life with restricted nanites. When his secret is discovered, everyone he knows is thrust into a world of deception and treason.
(4291 views)