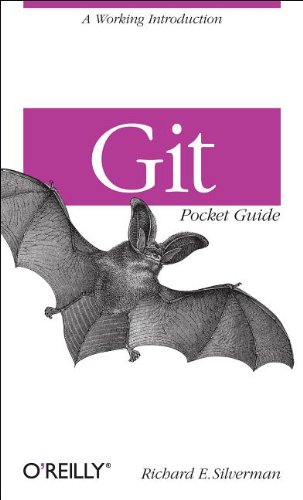 Description:
This pocket guide is the perfect on-the-job companion to Git, the distributed version control system. It provides a compact, readable introduction to Git for new users, as well as a reference to common commands and procedures for those of you with Git experience.

Git Magic
by Ben Lynn
Git is a version control Swiss army knife. A reliable versatile tool whose extraordinary flexibility makes it tricky to learn, let alone master. Rather than describe one mysterious command after another, we provide recipes for typical workflows.
(6743 views)

Pro Git
by Scott Chacon - Apress
Git is the version control system developed by Linus Torvalds for Linux kernel development. It took the open source world by storm since its inception in 2005, and is used by small development shops and giants like Google, Red Hat, and IBM.
(10909 views)

A Hacker's Guide to Git
by Joseph Wynn - WildlyInaccurate.com
Git is currently the most widely used version control system in the world. Complex systems like Git become easier to understand once you figure out how they really work. The goal of this guide is to shed some light on how Git works under the hood.
(3001 views)