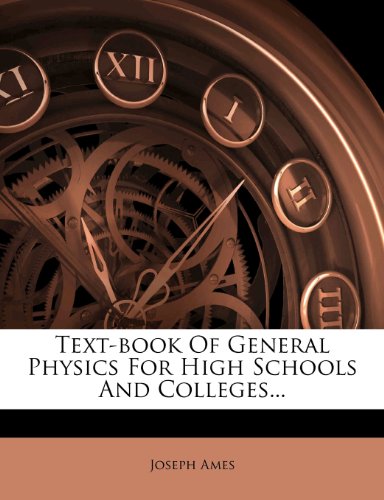 Description:
A textbook which states the theory of the subject in a clear and logical manner so that recitations can be held on it. This textbook is divided into the following sections: Mechanics and Properties of Matter, Heat, Vibrations and Waves, Sound, Light, Magnetism and Electricity.

Physics with Calculus
- Wikibooks
This textbook is designed for use with first- and second-year college level physics for engineers and scientists. While the content is not mathematically complicated or very advanced, the students are expected to be familiar with calculus.
(9677 views)

The Feynman Lectures on Physics
by R.P. Feynman, M. Sands, R. Leighton - The California Institute of Technology
This is a 1964 physics textbook based upon the lectures given by Feynman to undergraduate students at Caltech. It includes lectures on mathematics, electromagnetism, Newtonian physics, quantum physics, and the relation of physics to other sciences.
(11766 views)

Problems and Questions in Physics
by C.P. Matthews, J.S. Shearer - The Macmillan Company
A numerical example in Physics serves a manifold purpose. It takes the mathematical expression of a physical law out of the realm of mere abstraction, by emphasizing the connection between such a law and the phenomena of daily observation.
(9254 views)