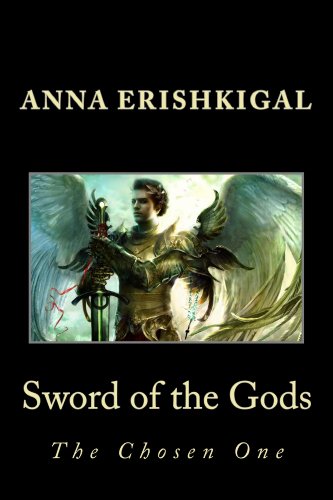 Sword of the Gods: The Chosen One
by Anna Erishkigal

Description:
A tiny Mesopotamian village becomes ground-zero for this fantasy fiction retelling of mankind's most epic story about the battle between good and evil ... the clash of empires and ideologies ... and the greatest superhero to ever walk the Earth. The Archangel Mikhail.

Reaper: Angel of Death
by G.P. Burdon
Darius, a human who lived as a slave until his untimely death allowed him to become a Reaper, discovers another Reaper is consuming the souls of innocent humans to gain power. Darius must thwart this rogue to restore humanity.
(7705 views)

The Demon Girl
by Penelope Fletcher - ManyBooks
Rae Wilder has problems. Supernatural creatures swarm the earth, and humanity is on the brink of extinction. Stalked by a fairy who claims she is like him, demonkind, Rae thinks maybe it was a mistake breaking the rules by going over the Wall ...
(10031 views)

Shadows of Ecstasy
by Charles Williams
The novel tells of a mysterious invasion that threatens Europe from Africa. United in a crusade against death, the powers of the 'Dark Continent' rise up with exultant paganism. Williams had a genius for choosing strange themes for his novels.
(7539 views)

Isildur
by Brian K. Crawford
If you really enjoyed J.R.R. Tolkien's Lord of the Rings, Isildur may be for you. Isildur tells of the conflict that brought to an end the Second Age. The White Fleet of Lindon battle the Corsairs of Umbar in a mighty naval battle!
(17433 views)