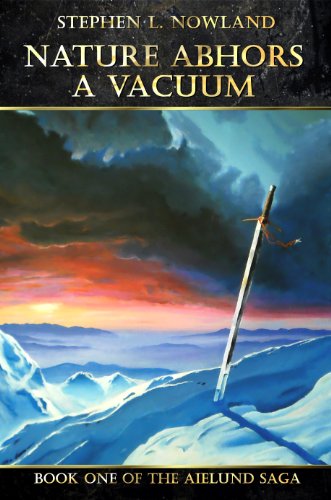 Description:
For Aiden Wainwright, a trip to a nearby town was supposed to be an opportunity for continuing his research into the arcane. But dire circumstances see the town gates closed for weeks, and together with some locals of diverse character, he sets out to fill the vacuum of power left by the absent King's army and deal with the rapidly escalating situation that threatens the security of the land.

The Demon Girl
by Penelope Fletcher - ManyBooks
Rae Wilder has problems. Supernatural creatures swarm the earth, and humanity is on the brink of extinction. Stalked by a fairy who claims she is like him, demonkind, Rae thinks maybe it was a mistake breaking the rules by going over the Wall ...
(9479 views)

Heku : Book 1 of the Heku Series
by T.M. Nielsen - Smashwords
Heku follows the life of Emily, a rancher from Montana, and Chevalier, a member of the blood-drinking species, the heku. As you delve into the world of the heku, a militaristic society intertwined with that of the humans.
(9577 views)

Butcher Bird
by Richard Kadrey - Night Shade Books
Spyder Lee is a happy man who owns a tattoo shop. One night a demon tries to bite his head off before he’s saved by a stranger. The demon infected Spyder so that he can suddenly see the world as it really is: full of angels, demons and monsters.
(13550 views)

Shadows of Ecstasy
by Charles Williams
The novel tells of a mysterious invasion that threatens Europe from Africa. United in a crusade against death, the powers of the 'Dark Continent' rise up with exultant paganism. Williams had a genius for choosing strange themes for his novels.
(7125 views)