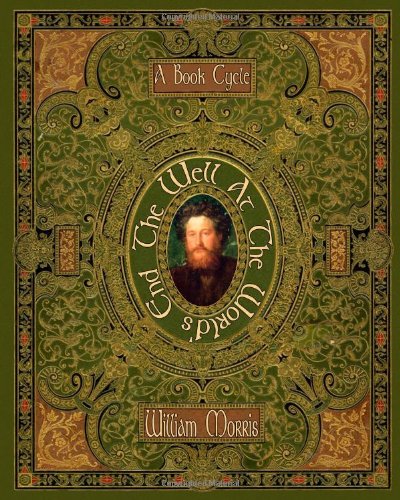 The Well At The World's End
by William Morris

Description:
In the land of the Upmeads, King Peter's sons thirst for adventure and the King agrees that all except Ralph, the youngest, may go forth. But Ralph secretly makes his way to Wulstead, and here learns about the Well at the World's End, beginning a journey which will eventually lead him there.

News from Nowhere
by William Morris - Longmans, Green, and co.
One of the most significant English works on the theme of utopia, the tale of William Guest, a Victorian who wakes one morning to find himself in the year 2102 and discovers a society that has changed beyond recognition into a pastoral paradise.
(8622 views)

The Water of the Wondrous Isles
by William Morris - Longmans, Green, and Co.
Stolen as a child and raised as servant to a witch, Birdalone ultimately escapes in her captress's magical boat, in which she travels to a succession of strange and wonderful islands. Morris is precursor of much of present-day fantasy literature.
(3826 views)

The Wood Beyond the World
by William Morris - Kelmscott Press
A groundbreaking fantasy novel, the story of Golden Walter, who finds himself in a frightening world after being abandoned by his wife. The novel takes the form of Walter's quest for the visionary Maid that he sees at the beginning of his journey.
(3828 views)

The Sundering Flood
by William Morris - Longmans, Green, and co.
Morris unveils with a poetic command of the English language and a sure knowledge of the Medieval world a fantasy of courage and love -- of a hero with a magical sword, a land of dwarves, and a romantic divide, which is the flooding tide itself.
(4815 views)