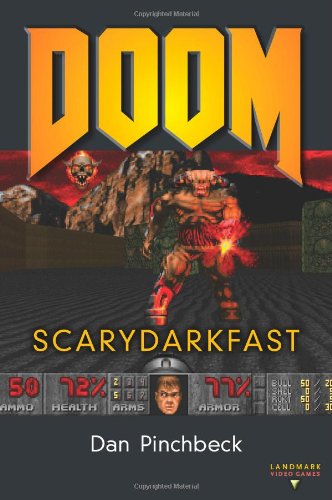 Description:
In December 1993, gaming changed forever. id Software's seminal shooter DOOM was released and it shook the foundations of the medium. This is a book about what is considered the most important first-person game ever made; about the blueprint that has defined one of the most successful genres of digital gaming.

#PS3History: The Complete History Of The PS3
by GregoryRasputin - Smashwords
This book is about one of the greatest games consoles ever created, the PlayStation 3(PS3), it covers every aspect of the consoles journey over the past 10+ years, it's highs and it's lows, the games, different versions, the hacking and the homebrew.
(3579 views)

Gamer Theory
by McKenzie Wark - Harvard University Press
Gamer Theory uncovers the significance of games in the gap between the near-perfection of actual games and the highly imperfect gamespace of everyday life. The book depicts a world becoming a series of less and less perfect games.
(5465 views)

Game Mods: Design, Theory and Criticism
by Erik Champion et al. - ETC Press
Are games worthy of academic attention? Can they be used effectively in the classroom, in the research laboratory, as an innovative design tool, as a persuasive political weapon? This book aims to answer these and more questions.
(3889 views)

More than a Game: The Computer Game as Fictional Form
by Barry Atkins - Manchester University Press
Barry Atkins discusses questions of narrative and realism in four of the most significant games of the last decade: Tomb Raider, Half-Life, Close Combat and SimCity. This is a work for both the student of contemporary culture and game-players.
(3121 views)