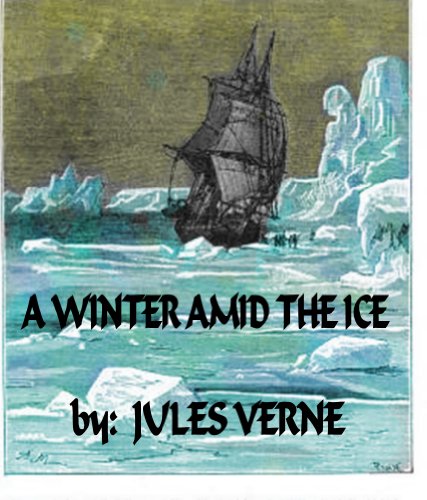 A Winter Amid the Ice
by Jules Verne

Description:
Another of Jules Verne's thrilling stories, this one was written in 1855. Jean Cornbutte decides to refit a ship and find his son Louis and members of the crew when the ship Jeune-Hardie doesn't return from sea. Accompanying Jean on this voyage is his son's fiancee, Marie, and the man who would be is son's rival for her affections, the ship's first officer, Andre Vasling. When the ship is found the only thing to do is survive the bitter cold and the rivalry.

Around the World in 80 Days
by Jules Verne - James R. Osgood
Phileas Fogg bets his companions £20,000 that he can travel around the globe in just eighty days. Combining exploration, adventure, and a thrilling race against time, this book gripped audiences and remains hugely popular to this day.
(11429 views)

Eight Hundred Leagues on the Amazon
by Jules Verne - Pierre-Jules Hetzel
Joam Garral, a ranch owner who lives near the Peruvian-Brazilian border on the Amazon River, is forced to travel down-stream when his past catches up with him. Many aspects of the raft, scenery, and journey are described in detail.
(10492 views)

Off On A Comet, Or Hector Servadac
by Jules Verne - Vincent Parke And Co
Although time has obscured this book, Jules Verne's Off on a Comet is a remarkable work. Verne takes his characters on a journey to the depths of infinite space, to present what astronomers of that time really knew of outer space.
(10510 views)