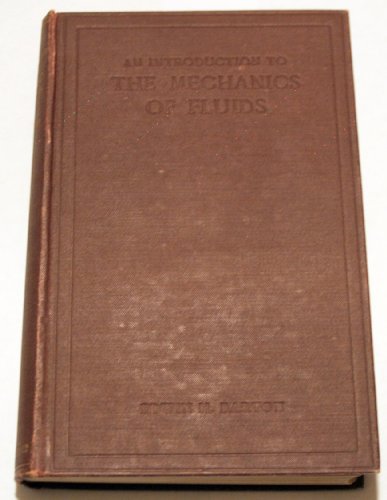 An Introduction to the Mechanics of Fluids
by Edwin H. Barton

Description:
In writing this book, while preserving the usual rigour, the endeavour has been made to impart to it by the character of the illustrations and examples, a modern and practical flavour which will render it more widely useful. The calculus is not used.

Why the Boundary of a Round Drop Becomes a Curve of Order Four
by A. N. Varchenko, P. I. Etingof - American Mathematical Society
This book concerns the problem of evolution of a round oil spot surrounded by water when oil is extracted from a well inside the spot. It turns out that the boundary of the spot remains an algebraic curve of degree four in the course of evolution.
(13109 views)

An Introduction to Theoretical Fluid Dynamics
by Stephen Childress - New York University
This course will deal with a mathematical idealization of common fluids. The main idealization is embodied in the notion of a continuum and our 'fluids' will generally be identified with a certain connected set of points in 1, 2, or 3 dimensions.
(4343 views)