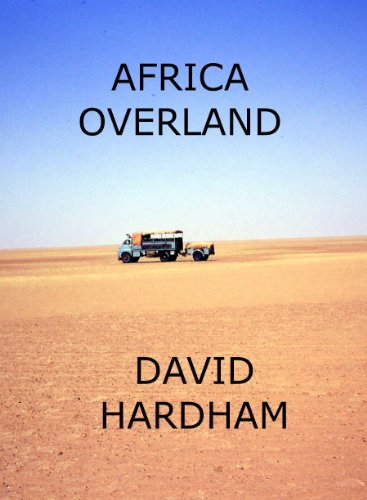 Description:
This is the tale of an adventurous Australian who in 1971 set out to explore the wilds and depths of Africa overland. The first part of the journey is Trans Africa from London to Jo'Burg via a 4WD converted army truck. The second relates stories of living in apartheid South Africa and the third describes hitchhiking from Jo'Burg to Nairobi before flying back to London.

The Last Millionaire: Cairo
- BBC
Noisy, crowded and choking traffic -- Cairo is a city that assaults the senses and breeds a love/hate relationship. Split in two by the Nile and with the desert on its doorstep, Cairo is an exotic and chaotic mix of ancient and modern ...
(12807 views)

The Man-Eaters of Tsavo
by J. H. Patterson - Macmillan and co
The book details the author's adventures in East Africa at the turn of the century. His story is riveting: Petterson single-handedly tracked and killed the lions that devoured 28 of his Indian workers as well as countless African natives.
(17284 views)

How I Found Livingstone
by Sir Henry Morton Stanley
In the 1860's, the famous explorer David Livingstone went missing along the Zambesi River in Central Africa. The New York Herald newspaper dispatched its reporter Henry Stanley to find him. This is Stanley's own account of the expedition.
(11880 views)

The Lake Regions of Central Africa: a picture of exploration
by Richard F. Burton - Longman, Green, Longman, and Roberts
Burton's detailed account of three years of difficult travel between Zanzibar and Lake Tanganyika, circa the late 1850's. An engrossing record of explorations and acute observations on village life, native character, religion and government.
(3567 views)