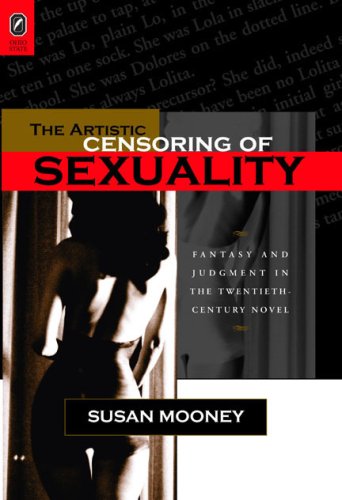 The Artistic Censoring of Sexuality
by Susan Mooney

Description:
Susan Mooney extensively examines four modernist and postmodernist novels that prompted in their day harsh external censorship because of their sexual content -- Ulysses, Lolita, Time of Silence, and Russian Beauty. She shows how motifs of censorship, with all its restrictions, pressures, rules, judgments, and forms of negation, became artistically embedded in the novels' plots, characters, settings, tropes, and themes.

The Bible as English Literature
by John Hays Gardiner - Scribner
The author's aim has been to make students as familiar as possible with the English Bible, and to throw light on its literary forms by bringing together facts from the history of its sources and from the history of the translation into English.
(7111 views)

Oscar Wilde: A Critical Study
by Arthur Ransome - Project Gutenberg
He saw art as self-expression and life as self-development. He felt that his life was material on which to practise his powers of creation, and handled it and brooded over it like a sculptor planning to make a dancing figure out of a pellet of clay.
(7054 views)

English Literature
by William J. Long - Ginn and Co
The history of English literature from Anglo-Saxon times to the close of the Victorian Era. The book should encourage the desire to read the best books, to interpret literature historically, and show the steady development of our literature.
(22628 views)

Outline of American Literature
by Kathryn VanSpanckeren - U.S. Department of State
The Outline of American literature, newly revised, traces the paths of American narrative, fiction, poetry and drama as they move from pre-colonial times into the present, through such literary movements as romanticism, realism and experimentation.
(13955 views)