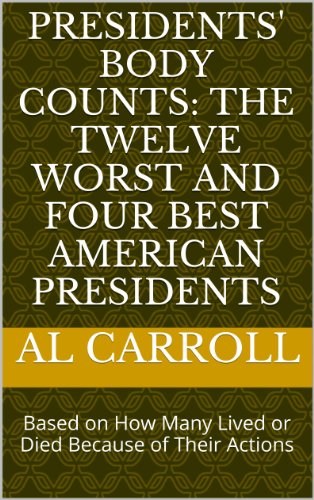 Description:
Speak No Evil About Presidents. So say most textbooks, journalists, commentators, and even some historians. Not in this book. An eye opening look at all the evil done by presidents, mass murder, incompetence, and terrorism, and a look at the noblest presidents also.

The Decline of the American Republic
by John T. Flynn - Mises Institute
In 1955, John T. Flynn saw what few others journalist did: the welfare-warfare state conspired to bring down American liberty. The New Deal combined with World War Two had fastened leviathan control over a country born in liberty.
(13426 views)

Red Scare: FBI and the Origins of Anticommunism in the United States
by Regin Schmidt - Museum Tusculanum Press
This book breaks new ground by tracing the roots of the FBI's political surveillance to the involvement of the Bureau's predecessor, the Bureau of Investigation in the nation's first period of communist-hunting, the 'Red Scare' after World War I.
(3759 views)

Reassessing the Presidency : The Rise of the Executive State and the Decline of Freedom
by John V. Denson - Mises Institute
This remarkable book is the first full-scale revision of the official history of the U.S. executive state. Contributors examine the usual judgments of the historical profession to show the ugly side of supposed presidential greatness.
(13996 views)

History in the Making: A History of the People of the United States of America to 1877
by Catherine Locks, et al. - UNG Press Books
This textbook examines U.S. History from before European Contact through Reconstruction, while focusing on the people and their history. It provides an emphasis on critical thinking about US History by providing several key features in each chapter.
(8345 views)