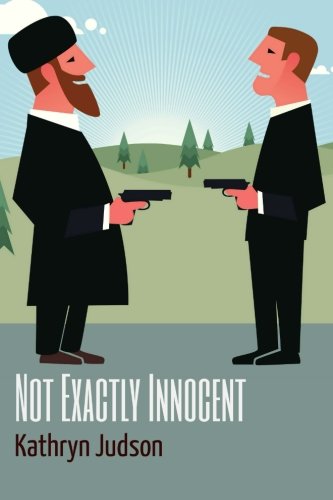 Not Exactly Innocent
by Kathryn Judson

Description:
Triple-O Five and his bride are pulled back into action sooner than planned, when a mad Viking wannabe hires ethically-challenged bioweapons experts and a Russian missile scientist who has gone rogue, in a bid to take over as much of the world as possible...

Wrongful Death: The AIDS Trial
by Stephen Davis - Smashwords
This is a work of fiction based on fact: the true story behind the government lies and incompetence, gross medical malpractice, and unbridled greed by a drug company that caused our American AIDS epidemic and cost 300,000 lives in just ten years.
(6920 views)

The Finding
by Nicky Charles - Feedbooks
She discovered a dark secret, witnessed a murder and fled into the night fearing for her life. Three years later, she is still hiding from her past, haunted by a dream lover and fighting to control a beast that seems to grow stronger each day.
(6876 views)

Calamity
by J.T. Warren - Feedbooks
This novel is unrelentingly bleak. It does not offer hope. You've been warned... Told in three alternating points of view, the plight of the Williams family will disturb. As disaster piles upon disaster, you will be helpless to stop reading.
(6693 views)

The Riddle of the Sands
by Erskine Childers
A seminal work of spy fiction first published in 1903, when it caused a sensation in Britain. It is a vivid account of German preparations to invade England, released at a time when tensions between the countries were rising.
(8620 views)