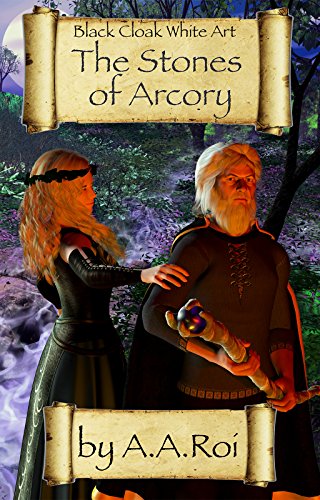 The Stones of Arcory
by A A Roi

Description:
Veteran wizard Greylsan Amberglass, ostensibly on a mission to gather chronicles from The Fourth Council's entowered wizards, follows the trail of a doomed borderland margrave in search of his corrupted and dying land's missing Arcory Stones. The search leads him through the Alliance of the Thirteen Greater and Lesser Kingdoms to some uncomfortable truths about how the magic is being conducted in the kingdoms and disturbing answers to own his personal quest.

A Strange Manuscript Found in a Copper Cylinder
by James De Mille - Harper & Brothers
A masterpiece on society and culture. The yachtsmen found the manuscript afloat at sea in a corroded copper cylinder. The manuscript itself told an incredible tale -- a tale of strange adventures in a place beyond contemporary imagination...
(7248 views)

The Queen's Blade
by T C Southwell - Smashwords
A doomed kingdom, a young queen's sacrifice and a killer who will bring an empire to its knees... In a world where men share kindred with beasts, an ageless seer predicts a child who will end the war. One man is the instrument who will change fate.
(5595 views)

Conan (17 Stories)
by Robert E. Howard - Mille Tre Verlag
Robert Howard's fantasy stories are classics, and among the fantasy heroes Howard has created, Conan is by far the most popular. Much of Conan's popularity comes from movie adaptations and comic books. The present edition contains 17 Conan stories.
(20982 views)