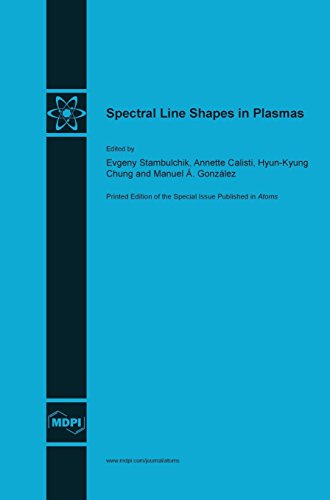 Description:
Line-shape analysis is one of the most important tools for diagnostics of both laboratory and space plasmas. Its reliable implementation requires sufficiently accurate calculations, which imply the use of analytic methods and computer codes of varying complexity, and, necessarily, varying limits of applicability and accuracy.

Fundamentals of Plasma Physics
by James D. Callen - University of Wisconsin,
The book presents the fundamentals and applications of plasma physics. The emphasis is on high-temperature plasma physics in which the plasma is nearly fully ionized. The level is suitable for senior undergraduates, graduates and researchers.
(10756 views)

Plasmonics
by Tatjana Gric (ed.) - InTech
Plasmonics gives designers an overview of phenomena enabled by artificially designed metamaterials and their application for plasmonic devices. The purpose of this book is to provide a detailed introduction to the basic modeling approaches.
(1350 views)