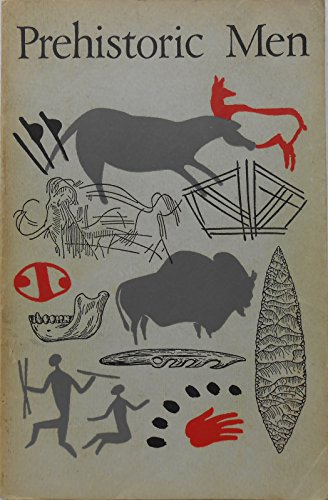 Description:
The men who lived in prehistoric times left us no history books, but they did unintentionally leave a record of their presence and their way of life. This record is studied and interpreted by different kinds of scientists ...

Rwanda: A Fascinating Story of Man and Gorilla
by Edwin S. Munger - Thompson-Shore Inc
The theme of this novella is the narrowing distance between humans and our close cousins that has taken place since the 1920s. This is a story about a remarkable man in the Mountains of the Moon, writen by a world-recognized authority on Africa.
(14421 views)

The Human Race
by Louis Figuier - D. Appleton & co.
The different races which originate in one species, the primitive type having been modified by the operation of climate, food, intermixture and local customs, differ to a marvellous extent, in their outward appearance, colour and physiognomy ...
(7059 views)

The Passing of the Aborigines
by Daisy Bates - John Murray
Bates devoted her life to studying Aboriginal life, history, culture, rites, beliefs and customs. Living in small settlements from Western Australia to the edges of the Nullarbor Plain, she researched and wrote millions of words on the subject.
(10817 views)