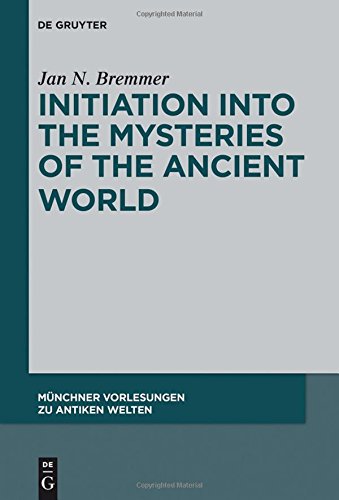 Initiation into the Mysteries of the Ancient World
by Jan N. Bremmer

Description:
This book explores ancient mystery cults and their influence on emerging Christianity. The author discusses the famous Eleusian Mysteries as well as smaller and lesser-known Greek and Roman mysteries, offering an indispensable in-depth analysis of this fascinating phenomenon.

The Revolutions of Wisdom
by G. E. R. Lloyd - University of California Press
Lloyd's masterly book offers a fascinating and persuasive picture of ancient Greek scientists at work, a complex analysis involving a wide range of issues. Lloyd handles the labyrinthine and often problematic evidence with delicacy and skill.
(13187 views)

A Manual of Ancient History
by A. H. L. Heeren - D. A. Talboys
The work combines the convenience of the Manuals with the synchronistic method of instruction; as the geography, chronology, and biography of the countries and states of the ancient world are brought at once under the eye of the reader.
(9302 views)

The Story of Alexander's Empire
by John Pentland Mahaffy - Putnam
The story of the conquests of Alexander has been told many times, but the history of the portions of the great Empire that he founded, how they lost their independence, and finally were absorbed into the dominions of Rome, is less well known.
(7117 views)

Religion in Hellenistic Athens
by Jon D. Mikalson - University of California Press
Drawing from epigraphical, historical, literary, and archaeological sources, Mikalson traces the religious cults and beliefs of Athenians from the battle of Chaeroneia in 338 B.C. to the devastation of Athens by Sulla in 86 B.C.
(9476 views)