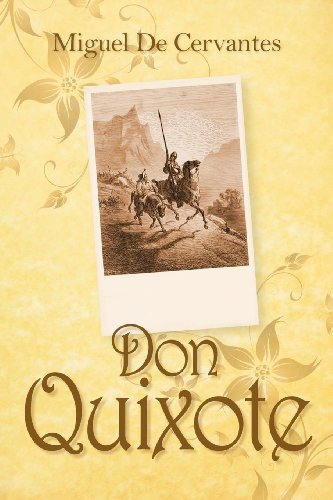 Description:
Don Quixote is the story of a country gentleman named Alonso Quixano who has read so many stories of chivalry that he descends into fantasy and becomes convinced he is a knight-errant. Together with his earthy squire Sancho Panza he calls himself "Don Quixote de la Mancha" and sets out in search of adventure. Looking for a dragon to slay he spies a windmill in the distance and charges his horse.

Life and Death
by Henryk Sienkiewicz - Little, Brown, and Company
Legends and stories written by a Polish journalist and Nobel Prize-winning novelist Henryk Sienkiewicz: Life and Death - A Hindu Legend; Is He the Dearest One? A Legend of the Sea; The Cranes; The Judgment of Peter and Paul on Olympus.
(9197 views)

Swann's Way
by Marcel Proust - Henry Holt & Co.
A mature man recalls the details of his commonplace existence as a sensitive and intuitive boy in Combray. For a time, the story is narrated through his younger mind in dream-like prose. Considered to be one of the twentieth century's major novels.
(5761 views)