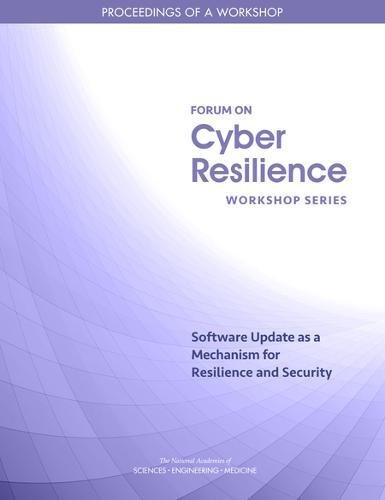 Software Update as a Mechanism for Resilience and Security

Description:
Software update is an important mechanism by which security changes and improvements are made in software, and this seemingly simple concept encompasses a wide variety of practices, mechanisms, policies, and technologies.

Selected Aspects of Computer Security in Open Systems
by Danny Smith - Australian Computer Emergency Response Team
This report examines the threats a computer system might face, and details what tools and techniques are available to combat them. An examination of common authentication techniques is provided, including X.509 Strong Authentication and Kerberos.
(5920 views)

Information Security in Education
- Wikibooks
This is an introduction to information security aimed primarily at K-12 administrators, educators, and technology staff. Security professionals have found that actions taken to increase security often have a minimal, or even opposite, effect.
(7618 views)

What If Crime Were Impossible?
by N. Richard Wagner - Univ. of Texas San Antonio
Indeed, what if crime were impossible? This book explores technological possibilities for society, including controversial techniques like computer surveillance and tracking, and sophisticated identification of individuals.
(6676 views)