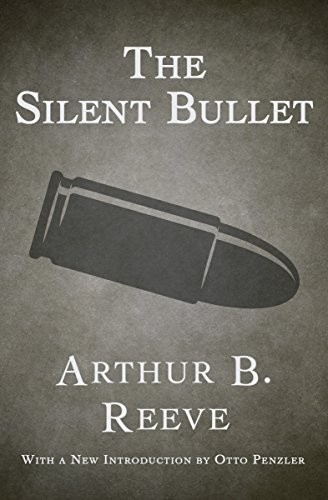 The Silent Bullet
by Arthur B. Reeve

Description:
First appearing in the pages of Cosmopolitan magazine, Craig Kennedy was one of the most popular detectives of the early twentieth century, and Arthur B. Reeve's stories featuring the scientific sleuth were the first mysteries by an American author to gain wide readership in Great Britain.

Constance Dunlap
by Arthur B. Reeve
There was something of the look of the hunted animal brought to bay at last in Carlton Dunlap's face as he let himself into his apartment late one night. On his breath was the lingering odor of whisky, yet in his eye and hand none of the effects.
(2000 views)

The Poisoned Pen
by Arthur B. Reeve - Harper & Brothers
This volume is a collection of twelve short Craig Kennedy stories. It involves just the elements one expects from Arthur B. Reeve: numerous murders, discussion of technologies to apprehend criminals, and some interesting settings.
(5974 views)

The Ear in the Wall
by Arthur B. Reeve - Harper
It was, I may say, a case deeply shrouded in mystery --- the disappearance without warning of a beautiful young girl, Betty Blackwell, barely eighteen. Her family, the police, and now the District Attorney had sought to solve it in vain...
(5482 views)

The Social Gangster
by Arthur B. Reeve - Harper & Brothers
Craig Kennedy, investigating a robbery, encounters a menacing condition peculiar to the social life of young people in our great cities. In this case, the importance of a robbery dwindles before the appalling situation in the Brackett household.
(1982 views)