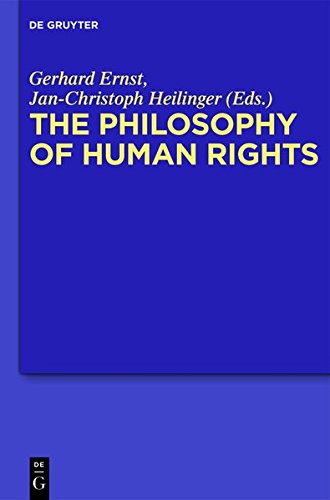 The Philosophy of Human Rights
by Gerhard Ernst, Jan-Christoph Heilinger

Description:
The present collection takes up the tension between the wide political use of human rights claims and the intellectual skepticism about them. In particular two major issues are identified that call for conceptual clarification in order to better understand human rights claims both in theory and in practice: the question of how to justify human rights and the tension between universal normative claims and particular moralities.

Human Rights and the Borders of Suffering
by M. Anne Brown - Manchester University Press
This book argues for greater openness in the ways we approach human rights and international rights promotion, and brings some new understanding to old debates. It casts human rights as a language for probing the political dimensions of suffering.
(3083 views)

Tortured Justice: Using Coerced Evidence to Prosecute Terrorist Suspects
by Deborah Colson, Avi Cover - Human Rights First
The book finds the Bush Administration has undercut its own intended use of the military commission system at Guantanamo Bay by allowing the admission of coerced evidence. The report focuses on six prisoners who have alleged abuse while in custody.
(6138 views)

Imagining Human Rights
by Susanne Kaul, David Kim - De Gruyter Open Ltd
Why are human rights considered inviolable norms although many countries around the globe violate them? This paradox seems reducible to the discrepancy between idealism and reality in humanitarian affairs, but this book complicates this picture ...
(3253 views)