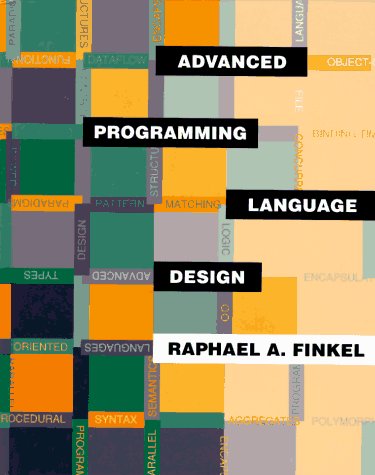 Description:
The goal of this book, is to expose first-year graduate students to a wide range of programming language paradigms and issues, so that they can understand the literature on programming languages and even conduct research in this field. The book does not focus on any one language, or even on a few languages; it mentions, at least in passing, over seventy languages.

F# Programming
- Wikibooks
The F# programming language is part of Microsoft's family of .NET languages. F# is valuable to programmers at any skill level; it combines many of the features of functional and object-oriented programming styles into a uniquely productive language.
(3918 views)

J for C Programmers
by Henry Rich - Jsoftware
This book's goal is to explain rudimentary J using language familiar to a C programmer. J is a language of computation: it lets you describe what needs to be done without getting bogged down in details. J expressions deal with large blocks of data.
(4520 views)

Dylan Programming: An Object-Oriented and Dynamic Language
by Neil Feinberg, et al. - Addison-Wesley
Dylan is a new programming language, that is both object-oriented, like C++ and Java, and dynamic, like Smalltalk. This book will be useful to anyone learning dynamic, object-oriented programming, whether it be in Dylan, Java, Smalltalk, or Lisp.
(7657 views)