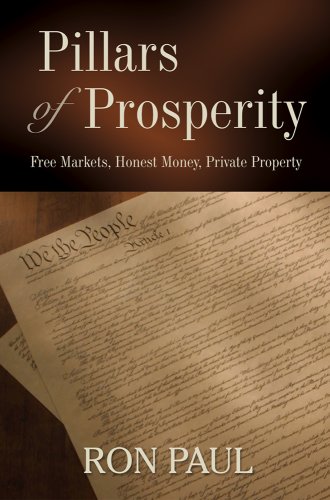 Description:
This economic manifesto by Ron Paul collects his greatest speeches and debates over the last 30 years, and provides documentary evidence that he is not only a master of the topic; he has provided a coherent explanation of nearly everything the government has done wrong in this area since he first entered public office. He also provides a way out, as implied by the subtitle: free market, honest money, and private property.

The Ultimate Foundation of Economic Science
by Ludwig von Mises - Liberty Fund Inc.
Mises argues that economics is a science because human action is a natural order of life and that it is the actions of humans that determine markets and capital decisions. This book brings together all of the themes from Mises's previous work.
(12584 views)

Mathematical Analysis for Economists
by R. G. D. Allen - Macmillan And Company
The mathematical methods described are used in the elucidation of problems of economic theory. Illustrative examples are added and it is hoped that the reader will become familiar with the mathematical tools and applications to concrete problems.
(3591 views)

Historical Economics: Art or Science?
by Charles P. Kindleberger - University of California Press
The essays cover a range of historical periods and also include European history and explorations of long-run changes in the American economy. Economists and historians will consult this powerful argument for the importance of historical economics.
(11473 views)