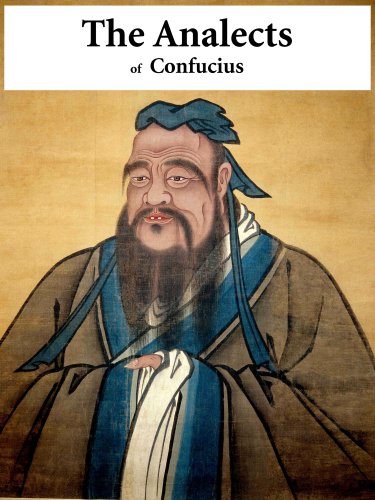 The Analects of Confucius
by Confucius, translated by J. Legge

Description:
No other book in the entire history of the world has exerted a greater influence on a larger number of people over a longer period of time than this volume. The spiritual cornerstone of the most populous and oldest living civilization on Earth, the Analects has inspired the Chinese and all the peoples of East Asia with its affirmation of a humanist ethics. The Analects is the only place where we can encounter the real, living Confucius. He speaks with clarity and brilliance. He emerges as a man of great passion and many enthusiasms, a man of bold action whose true vocation is politics.

The Wisdom of Confucius
by Epiphanius Wilson - Colonial Press
The strangest figure that meets us in the annals of Oriental thought is that of Confucius. To the popular mind he is the founder of a religion, and yet he has nothing in common with the great religious teachers of the East.
(8584 views)

The Zen Experience
by Thomas Hoover - Project Gutenberg
Beginning with Indian Buddhism and Chinese Taoism it shows Zen as it was created by the personalities and actions of its masters over the centuries. With anecdote and memorable quotation, this work restores Zen to its living, human form.
(7392 views)

Hindu Philosophy
- Wikipedia
India has a rich and diverse philosophical tradition dating back to the composition of the Upanisads in the later Vedic period. According to Radhakrishnan, the oldest of these constitute the earliest philosophical compositions of the world.
(8309 views)

Arabic Thought and Its Place in History
by De Lacy O'Leary - Kegan Paul and Company
A study of the mutual influence of Arabic and Western worlds during the Middle Ages. It traces the transmission of Greek philosophy and science to the Islamic cultures. The book presents a fascinating portrait of medieval Muslim thought.
(15713 views)