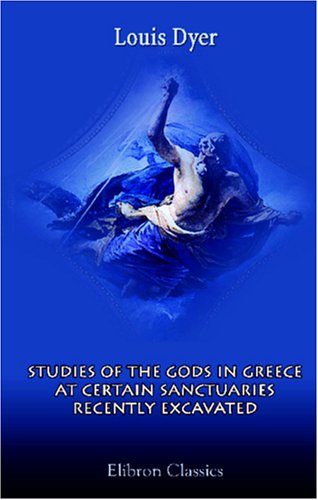 Description:
Eight lectures given in 1890 at the Lowell Institute. Contents: introduction; Demeter at Eleusis and Cnidus; Dionysus in Thrace and Old Attica; Dionysus at Athens; gods at Eleusis; Aesculapius at Epidaurus and Athens; Aphrodite at Paphos; Apollo at Delos.

Music and Spirituality
by Edward Foley - MDPI AG
Music is a virtually ubiquitous companion to religious and spiritual practices. The intangible, insubstantial nature of sound is one of the reasons why music has so effectively symbolized the mysterious and wholly other since the dawn of creation.
(3278 views)

UFOs, Ghosts, and a Rising God: Debunking the Resurrection of Jesus
by Chris Hallquist
At the dawn of the 21st century, interest in the origins of Christianity is as strong as ever. Hallquist examines what investigations of similar upstart cults have revealed and applies these revelations to the origins of the world's largest religion.
(1304 views)

Debating the Divine: Religion in 21st Century American Democracy
by Sally Steenland - Center for American Progress
This book turns down the heat and turns up the light on the question of whether religion should be a force shaping our public policies and our common civic life. We have chosen to examine the many facets of the issue in a thoughtful way.
(9932 views)