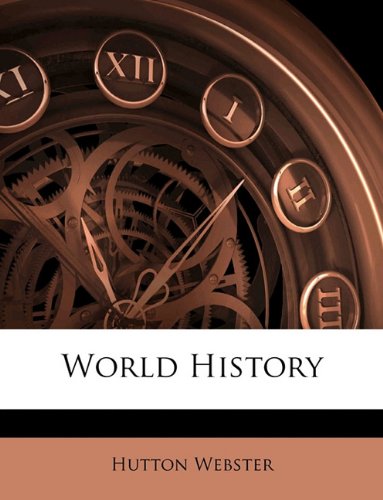 Description:
This textbook covers the entire historic field, together with a chapter on prehistoric times; it presents a survey of human progress, rather than a chronological outline of events; it is intended for that large body of students who, for various reasons, do not take more than one year of history in the high school.

The Swastika
by Thomas Wilson - U. S. National Museum
This book is the most comprehensive study of the history of the ancient swastika symbol ever undertaken. Its author, Thomas Wilson, participated in the excavation of an Indian burial mound in Ohio where several copper swastikas were discovered.
(6426 views)

Horrors and Atrocities of the Great War
by Logan Marshall - L. T. Myers
The sight of all Europe engaged in the most terrific conflict in the history of mankind is a heartrending spectacle. The blood-lust leaders have flung their deluded millions upon unbending lines of steel, martyrs to the glorification of Mars ...
(3010 views)

A Psychological Analysis of Adolph Hitler: His Life and Legend
by Walter C. Langer - National Archives of the US
What did they know about Adolph Hitler when they were planning D-day? This is a psychological profile produced in 1943 by the O.S.S. (forerunner to the C.I.A.) used to help the Allied commanders understand the Nazi leader.
(12260 views)