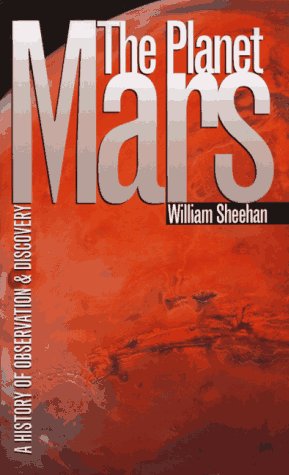 The Planet Mars: A History of Observation and Discovery
by William Sheehan

Description:
For those readers newly interested in astronomy, Sheehan offers an accessible history of the men who collected data about Mars and interpreted it. The central story is the coherent and compelling narrative of Giovanni Schiaparelli, Percival Lowell and the description of the "canals" of Mars, dark markings that Schiaparelli described and Lowell posited were a civilized society's attempts to harness water from melting polar caps.

The Story of Eclipses
by George F. Chambers - S. S. McClure Co.
The book presents in a readable, yet soundly scientific, language a popular account of eclipses of the Sun and Moon, and very briefly of certain kindred astronomical phenomena similar to those which operate in connection with eclipses.
(6654 views)

Trans-Neptunian Objects: An Overview
- Wikipedia
A trans-Neptunian object is any minor planet in the Solar System that orbits the Sun at a greater average distance (semi-major axis) than Neptune. The Kuiper belt, scattered disk, and Oort cloud are conventional divisions of this volume of space.
(4279 views)

Resources of Near-Earth Space
by J. S. Lewis, M. S. Matthews - University of Arizona Press
Parts of the solar system that are most accessible from Earth are rich in materials of great potential value. Immediate uses of these resources to manufacture propellants, metals, and fluids can support future large-scale space activities.
(12007 views)