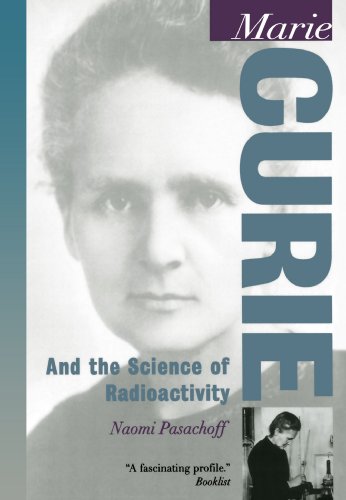 Marie Curie and the Science of Radioactivity
by Naomi Pasachoff

Description:
Marie Sklodowska Curie opened up the science of radioactivity. She is best known as the discoverer of the radioactive elements polonium and radium and as the first person to win two Nobel prizes. For scientists and the public, her radium was a key to a basic change in our understanding of matter and energy. Her work not only influenced the development of fundamental science but also ushered in a new era in medical research and treatment.

The Basics of NMR
by Joseph P. Hornak - Rochester Institute of Technology
Nuclear magnetic resonance, or NMR as it is abbreviated by scientists, is a phenomenon which occurs when the nuclei of certain atoms are immersed in a static magnetic field and exposed to a second oscillating magnetic field.
(13946 views)

Exercises with Solutions in Radiation Physics
by Bo N. Nilsson - De Gruyter Open Ltd
The textbook includes more than a hundred exercises and solutions to applied problems suitable for courses in basic radiation physics. Each chapter begins with a summary of important definitions and relations useful for the subject.
(7757 views)

Introduction to Chiral Perturbation Theory
by S. Scherer - arXiv
This book provides a pedagogical introduction to the basic concepts of chiral perturbation theory and is designed as a text for a two-semester course on that topic. Various examples with increasing chiral orders and complexity are given.
(6648 views)

Weak Decay of Hypernuclei
by W.M. Alberico, G. Garbarino - arXiv.org
The focus is on the weak decay modes of hypernuclei, with special attention to Lambda-hypernuclei. The subject involves many fields of modern physics, from nuclear structure to the fundamental constituents of matter and their interactions.
(2398 views)