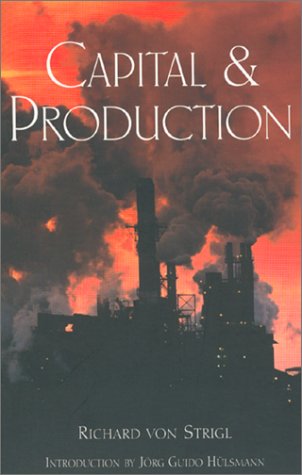 Description:
Very few classic works on capital and business cycles in the Austrian tradition have been translated from the original German. Now Strigl's important contribution to Austrian capital theory is brought to the English-speaking world for the first time. The book links Eugen von Böhm-Bawerk's production theory and Mises's business cycle theory, and gives a pathbreaking account of the role of consumers' goods within the structure of production.

New Rules for the New Economy
by Kevin Kelly - Penguin
In this book Kelly tries to encapsulate the characteristics of the new economic order by laying out 10 rules for how the wired world operates. The result is a thought-provoking look at the behavior of networks and their effect on our economic lives.
(17547 views)

Bargaining and Markets
by Martin J. Osborne, Ariel Rubinstein - Academic Press
Bargaining and markets presents the modern theory of bargaining and describes several applications of the theory to the study of markets. It uses a small number of models to illustrate the key points and offers detailed proofs of all results.
(15287 views)

Mathematical Analysis for Economists
by R. G. D. Allen - Macmillan And Company
The mathematical methods described are used in the elucidation of problems of economic theory. Illustrative examples are added and it is hoped that the reader will become familiar with the mathematical tools and applications to concrete problems.
(5059 views)