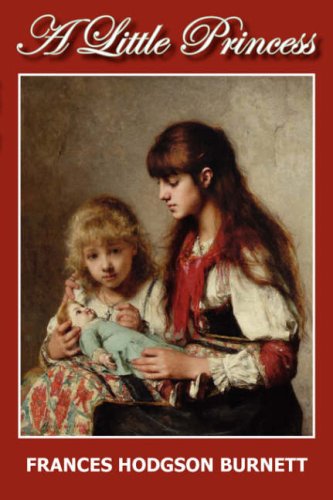 Description:
The story of young Sara Crewe who while growing up in a well to do household suddenly finds herself impoverished when her father, Captain Crewe, dies penniless in India. Sara is forced to abandon her life of privilege for a life of bare existence at Miss Minchin's boarding school. To survive those hard times she imagines herself to be a little princess as she awaits her rescue from a mysterious benefactor.

The Railway Children
by E. Nesbit - The London Magazine
When father is suddenly taken away, mother and the three children must leave their fancy London life to live in a simple country cottage. The children and their bottomless good nature work to rescue father and help others along the way.
(12979 views)

The Prince and the Pauper
by Mark Twain - James R. Osgood & Co.
With its mixing of high adventure, raucous comedy, and scathing social criticism, presented in a hilarious vernacular that only Mark Twain could fashion, the book remains one of this incomparable humorist's most popular and oft-dramatized tales.
(11811 views)

Treasure Island
by Robert Louis Stevenson - Harper & Brothers
The most popular pirate story ever written, Treasure Island has been happily devoured by several generations of boys and girls. Jim Hawkins finds himself owner of a map to Treasure Island, where the fabled pirate booty is buried.
(13273 views)

Nostradormouse
by Chris Tinniswood - Feedbooks
A young dormouse awakens from a deep sleep and utters a mysterious prophecy. In the centre of The Great Woods, an ancient tree receives some strange visitors. Rumours abound. Change is in the air. This is the age of... NOSTRADORMOUSE.
(6920 views)