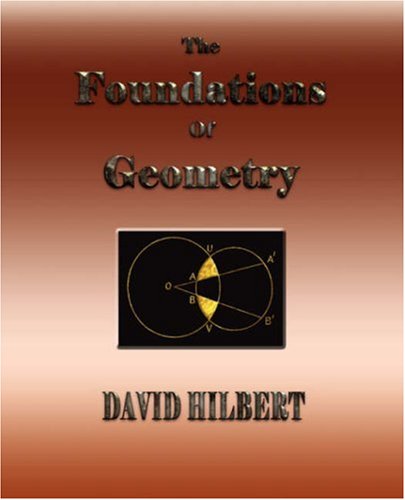 The Foundations of Geometry
by David Hilbert

Description:
Axioms were uncovered in Euclid's geometry. These discoveries were organized into a more rigorous axiomatic system by David Hilbert in his Grundlagen der Geometrie (1899; The Foundations of Geometry). In this and related systems, however, logical connectives and their properties are taken for granted and remain implicit.

The Modern Geometry of the Triangle
by William Gallatly - F. Hodgson
The author expresses his expectation, that these novel and interesting theorems some British, but the greater part derived from French and German sources will widen the outlook of our mathematical instructors and lend new vigour to their teaching.
(5404 views)

Theory of Symmetry and Ornament
by Slavik V. Jablan - Matematicki Institut
This work is a comparative analysis of the theory of discrete and visually presentable continuous symmetry groups in the plane E2 or in E2\{O}: Symmetry Groups of Rosettes, Friezes and Ornaments, Similarity Symmetry Groups in E2, etc.
(12095 views)