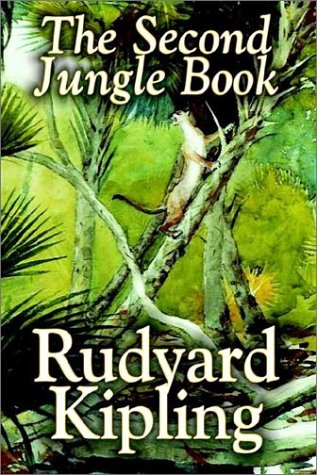 Description:
In The Second Jungle Book, Kipling draws on the same elements that delighted so many readers in his original masterpiece - a profound knowledge of India, an understanding of jungle animals, and a remarkable imagination. Mowgli returns with his faithful companions - Bagheera the black panther, Baloo the lovable bear and Shere Khan the tiger - together with some new friends.

Sylvie and Bruno
by Lewis Carroll - Macmillan and co.
Novel for children by Lewis Carroll. The story operates on two parallel levels, one realistic and didactic, and the other dreamlike and fantastic. It includes elements of fairy tales, sentimental moralizing, and episodes espousing social reform.
(9356 views)

Treasure Island
by Robert Louis Stevenson - Harper & Brothers
The most popular pirate story ever written, Treasure Island has been happily devoured by several generations of boys and girls. Jim Hawkins finds himself owner of a map to Treasure Island, where the fabled pirate booty is buried.
(12925 views)

The Swiss Family Robinson
by Jean Rudolph Wyss - Rand McNally & Company
Swept off course by a storm, a Swiss pastor, his wife, and four sons are shipwrecked on an uncharted tropical island. Thus begins the classic story of survival and adventure that has fired the imaginations of readers since it first appeared in 1812.
(8417 views)

A Little Princess
by Frances Hodgson Burnett - Classic Reader
The story of young Sara Crewe who suddenly finds herself impoverished when her father, Captain Crewe, dies penniless in India. Sara is forced to abandon her life of privilege for a life of bare existence at Miss Minchin's boarding school.
(11539 views)