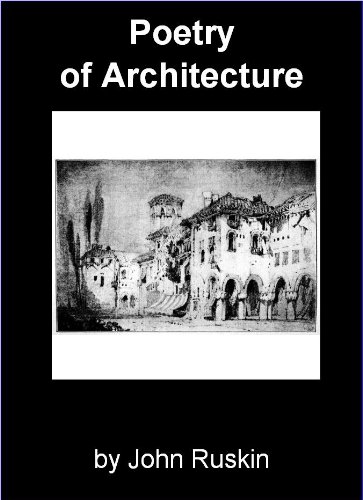 The Poetry of Architecture
by John Ruskin

Description:
Of all embellishments by which the efforts of man can enhance the beauty of natural scenery, those are the most effective which can give animation to the scene, while the spirit which they bestow is in unison with its general character. It is generally desirable to indicate the presence of animated existence in a scene of natural beauty; but only of such existence as shall be imbued with the spirit, and shall partake of the essence, of the beauty, which, without it, would be dead.

How to Study Architecture
by Charles H. Caffin - Dodd, Mead & Co
This book will give you a very good understanding of the basic history of architecture, from the dawn of civilization until the dawn of the Twentieth Century. It covers all the major periods within that time and lays out a basic philosophy ...
(1892 views)

A History of Architecture on the Comparative Method
by Banister Fletcher - Batsford
Architecture has been described very truly as the printing press of all ages. This book is an excellent and essential reference and a treasure trove of architectural history for architects or anyone interested in architecture through the ages.
(11296 views)

Vanishing England
by Peter Hampson Ditchfield - Methuen
This book is intended not to raise fears but to record facts. We wish to describe with pen and pencil those features of England which are gradually disappearing and to preserve the memory of them. It may be said that we have begun our quest too late.
(12757 views)