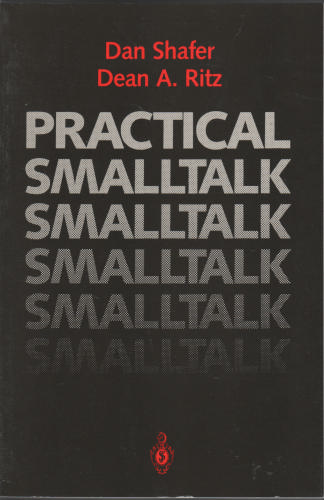 Description:
This book is specifically aimed at people who are interested in learning to build real-world applications using Smalltalk/V (and, more specifically, Smalltalk/V 286). To some extent at least, it picks up where the Smalltalk/V tutorial leaves off, although it also includes a bit of refresher material that extends some of the information in that tutorial as well.

Inside Smalltalk
by W. R. Lalonde, J. R. Pugh - Prentice-Hall
An intro to the object-oriented programming language Smalltalk-80, with an emphasis on classes, subclassing, inheritance and message passing. The SmallTalk language is fully explained as well as the class library and programming environment.
(9695 views)

Computer Programming using GNU Smalltalk
by Canol Goekel - Lulu.com
This book tries a different approach for teaching introductory computer programming than most other books by choosing Smalltalk as the programming language. A language which is mature and powerful yet not as widely used as some popular alternatives.
(10945 views)

Smalltalk-80: Bits of History, Words of Advice
by Glen Krasner (ed.) - Addison-Wesley
The book first describes the history of how Smalltalk was built from scratch. It then goes on to show the way in which Smalltalk was made public. The papers range from overall design issues down to statistics on the work of the VM and image contents.
(10855 views)