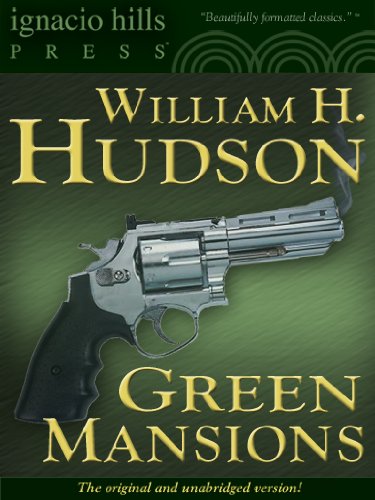 Green Mansions: A Romance of the Tropical Forest
by William Henry Hudson

Description:
An exotic romance by William Henry Hudson about a traveler to the Guyana jungle of southeastern Venezuela and his encounter with a forest dwelling girl named Rima. Hudson based Rima and her lost tribe on persistent rumors about a tribe of white people who lived in the mountains. Temple paintings often showed light-skinned people, and Spanish Conquistadors were at first thought to be gods.

Love and Mr Lewisham
by H. G. Wells
Young and ambitious science student is locked in a struggle to further himself through academic achievement. But when his former sweetheart re-enters his life, his strictly regimented existence is thrown into chaos by the resurgence of old passion.
(6787 views)

Notwithstanding
by Mary Cholmondeley - John Murray
This smarter-than-average romance novel offers a twist on the standard boy-meets-girl formula, perhaps because author had resigned herself to the fate of old maid by the age of eighteen, believing that she had not the looks to ensnare a husband ...
(3785 views)

Gone with the Wind
by Margaret Mitchell - Macmillan
Margaret Mitchell's epic novel of love and war won the Pulitzer Prize and went on to give rise to two authorized sequels and one of the most popular and celebrated movies of all time. A timeless story of survival under the harshest of circumstances.
(21358 views)

Wuthering Heights
by Emily Bronte - Smith, Elder
A tale of a love that is stronger than death, and a fierce vision of metaphysical passion, in which heaven and hell, nature and society, are powerfully juxtaposed. Unique, with a timeless appeal, it has become a classic of English literature.
(11705 views)