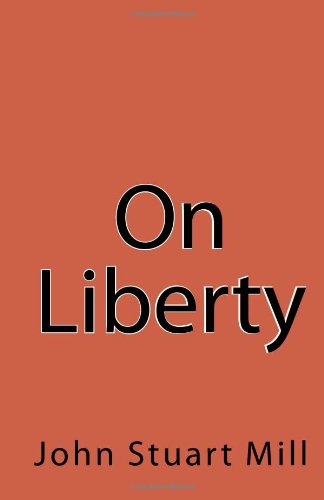 On Liberty
by John Stuart Mill

Description:
On Liberty written by legendary English philosopher and political theorist John Stuart Mill is widely considered to be one of the top philosophical books of all time. This great classic which advocates for moral and economic freedom will surely attract a whole new generation of John Stuart Mill readers.

The New Organon
by Francis Bacon - Collier
This work was revolutionary in its attempt to give formal philosophical shape to emerging experimental science. It challenged the entire edifice of the philosophy of Bacon's time, and left its mark on all subsequent discussions of scientific method.
(9412 views)

The Science of Right
by Immanuel Kant
The Science of Right has for its object the principles of all the laws which it is possible to promulgate by external legislation. Where there is such a legislation, it becomes, in actual application to it, a system of positive right and law.
(6748 views)

Thinking and Killing: Philosophical Discourse in the Shadow of the Third Reich
by Alon Segev - De Gruyter
This book explores the phenomenon of the Third Reich from a philosophical perspective. It concentrates on how Nazi Germany, the Holocaust and Anti-Semitism are conceived by eight German thinkers, exploring the tension between ideology and philosophy.
(4118 views)

The Complete Plato
by Plato - Feedbooks
Plato was a Greek philosopher and mathematician of the Classic Age who founded the Academy of Athens. He has distinguished himself as one of the founders of Western philosophy by recording the teachings of his master and his own philosophies.
(10069 views)