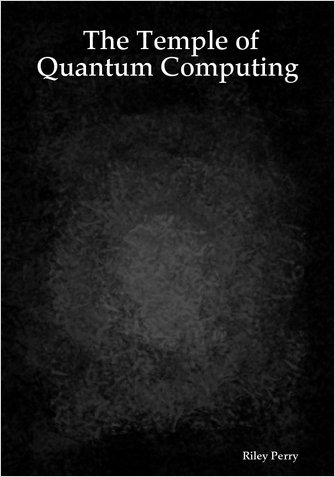 The Temple of Quantum Computing
by Riley T. Perry

Description:
In quantum computers we exploit quantum effects to compute in ways that are faster or more efficient than, or even impossible, on conventional computers. Quantum computers use a specific physical implementation to gain a computational advantage over conventional computers. Properties called superposition and entanglement may, in some cases, allow an exponential amount of parallelism. Also, special purpose machines like quantum cryptographic devices use entanglement and other peculiarities like quantum uncertainty.

Quantum Computing: Progress and Prospects
by Emily Grumbling, Mark Horowitz - National Academies Press
Quantum mechanics provides the basis for a new paradigm of computing. First proposed in the 1980s as a way to improve computational modeling of quantum systems, the field of quantum computing has recently garnered significant attention ...
(2211 views)

Quantum Information Theory
by Robert H. Schumann - arXiv
A short review of ideas in quantum information theory. Quantum mechanics is presented together with some useful tools for quantum mechanics of open systems. The treatment is pedagogical and suitable for beginning graduates in the field.
(12426 views)